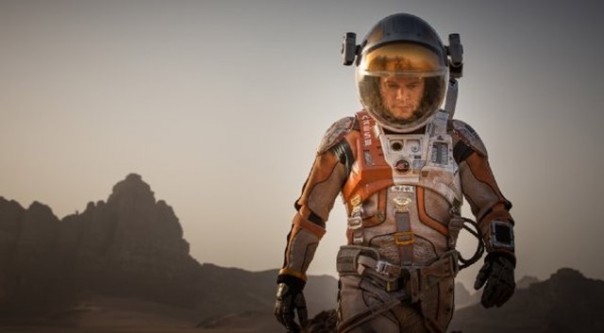 This is one of the first Oscar nominated films I have seen so far this winter. Telling the tale of an astronaut isolated on Mars with only his wits to help him survive, it is thrilling, funny, uplifting and Matt Damon is excellent, carrying the film very much on his isolated shoulders.  With 3 of its 6 Oscar  nominations for sound and production design and visual effects it is also great to watch.  The science is mostly pretty good according the geeks who have seen it. Sure there are lots of misses and miscalculations to those who choose to pick at it but all forgivable in my opinion for an excellent cinematic ride.

Hmmm one of my favourite 60’s TV series and one of my favourite directors, what could go wrong? Well nothing much really except that this movie was not quite the quality I had hoped for. I guess I was hoping for a new Bond franchise and it just didn’t happen. This is not to say it is a bad movie by any means. The cast is great especially Armie Hammer as Ilya Kuryakin, and Hugh Grant as Waverly. Henry Cavill is good as Napoleon Solo but then I was never impressed with Robert Vaughan in the role and I think it’s the role’s fault more than the actor’s. Anyway everyone always like David McCallum the best, Right? Reviewers were all over the map on this one and I have to admit those who dumped on it had a point. Ritchie fails to recreate the atmosphere of the original TV series but lets face its been 50 years since McCallum and Vaughn created the roles, that audience is aging fast, and the Cold War is old news at least the one from the 60’s. The series needed a reboot to make it interesting to contemporary audiences but I fear that although it was fun to watch, it just didn’t quite cut it. The ending clearly sets up the possibility of a sequel with the two stars and hopefully Ritchie behind the camera but with the lack of critical success it will, I fear, not make it to a second romp in the Cold War. Still its fun and worth your time.

I have to take a pledge not to watch any more Atom Egoyan films. This movie is simply absurd, terrible, hugely disappointing, ridiculous, and did I mention stupid?? Furthermore this film is described as one of Egoyan’s more accessible films. This is true. At least you know what is going on but what is going on is hardly worth your time. The story is of an elderly and disabled holocaust survivor played by Martin Landau who recruits a fellow client of his nursing home (played by Christopher Plummer– who is also ostensibly a survivor) to kill the Nazi officer who killed their families. While Landau is physically disabled, Plummer’s character is suffering from dementia and needs careful guidance to achieve his goal. I do not want to give away the plot or the absolutely absurd ending but enough to say – avoid this film. When I saw the cast and that this film was a selection at Venice and TIFF I thought I really needed to see it and give Egoyan one last chance to impress me. Sadly I was disappointed. This film that aims to treat the holocaust and dementia, trivializes both. Many reviewers who were not happy with the movie praised Plummer’s performance and I will admit he is very good except that one wonders what form of dementia he supposedly suffers from. The portrayal is like nothing you have ever witnessed so I blame the writer and the director for getting it all horribly wrong. 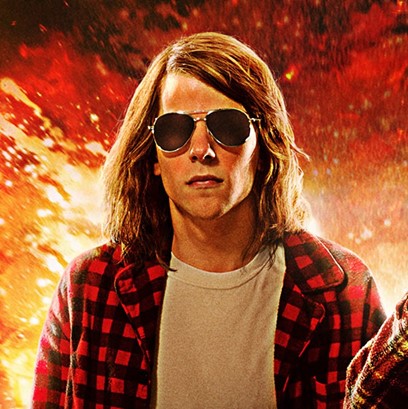 I was inspired to watch this movie because of Jesse Eisenberg and the premise plus a few online suggestions that it was one of the more underrated films of 2015. It had pretty terrible reviews on Rotten Tomaotes but nonetheless I was impressed despite the low rating. The movie is very strange and one is never sure whether to laugh or cry but mostly I laughed. It is incredibly violent but more in the style of Tarantino (though I would not put it in that category of quality) and tongue in cheek. So I would put this in the same category as Cop Car. It is interesting that the comments, unlike the reviews, on Rotten Tomatoes were almost universally positive and did not support the large number of negative critical reviews. There is no question that the critics misread their fans here. It’s no Oscar nominee but it is fun and deserving of more favourable opinion.

Eisenberg plays a young stoner who is living a pretty boring and uneventful life in small rural town. His girlfriend is clearly in love with him and he desperately wants to marry her and make her happy but his attempts to propose and take her away on a celebratory holiday are stymied by the fact that for some reason he just can’t leave town. Any time he tries he falls violently ill. Unbeknownst to him however he is the result of a secret CIA experiment to turn out the perfect secret agent and a highly trained killer. He has been brainwashed or at least brain wiped and has no memory of his role or his skills. Internal squabbles at CIA headquarters results in a decision to have him terminated as a failed experiment but the agent who trained him decides to save him and travels to the town to “wake him up”. The resulting chaos, confusion and copious bloodshed is the rest of the film. Again, like Cop Car, not the stuff of Tarantino or Coen Bros. but worth the 90 minutes of B movie thrills and fun.

Gotta love Kevin Bacon. This may not be the best movie he has ever made but it is a lot of fun. Set in rural America, two 10-year-old boys out exploring in grassland find an abandoned police cruiser, unlocked, with the key in the ignition. Not able to resist they steal it and take off. Of course you wonder how an abandoned police cruiser would ever find its way to so remote a spot and with no police around and the film answers with a flashback to Kevin Bacon as the cop arriving, opening the trunk, and dragging a body out to be buried in an unmarked grave. He assumes of course that the car will not be disturbed but does not count on the kids. The balance of the film continues with Bacon, clearly a psychotic killer and cop, trying to retrieve his vehicle before the police department finds out about his way of dealing out justice.

Cop Car premiered at Sundance and so it is interesting that this movie was little noticed. To be fair, despite the violence and story line it is neither the stuff of Tarantino or the Coen Brothers but if you don’t pay too much attention to that you will have thrilling ride with a film that, as a NYT reviewer noted ” doesn’t ask much of you narratively or ethically.” A good comment.