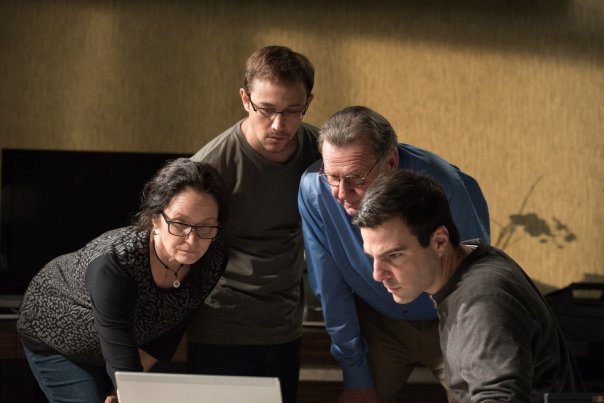 This was the first dramatic film I attended and even it has to be described as a docu-drama. I am incurable I suppose. At any rate, being totally intrigued with Edward Snowden and having seen and loved Citizen Four and John Oliver’s interview with Snowden I had to see how Oliver Stone would treat the topic. I have to say he did a great job. I attended the screening at Roy Thomson Hall the day after the gala opening and it was still packed. What was exciting was that Oliver Stone (much the worse for wear after the night’s parties and after parties showed up to introduce the film which was much appreciated by the audience. The film itself has received mixed reviews including a very negative one from the Guardian (which stars in the movie) and a very positive one in Variety. So take your pick. I liked Variety’s version. I found the film suspenseful, exciting, insightful and really well acted with a superb cast that included Joseph Gordon-Levitt as Snowden, Tom Wilkinson, Melissa Leo, and Spock…er, Zachary Quinto among others. There is not much point in going over the plot but suffice to say, Stone has done a great job and challenged the US in particular to reconsider its treatment of whistleblowers. Whatever you might think of Snowden’s actions, he has had an immense influence on curbing the NSA and CIA at least temporarily and done us all a great service by opening our eyes to the new surveillance world we all live in now. Good film, Oscar worthy, and highly recommended.