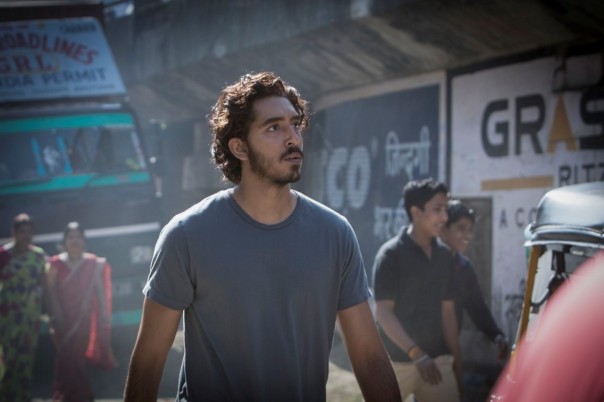 Lion is an interesting movie and actually quite enjoyable. Briefly it tells the story of a very young Indian child (Saroo) from a poor family in a poorer village who gets lost in the chaos of life in that country. He is rescued from a several potentially horrible fates but no one can find his family and he is too young to help them. He is adopted by a family in Australia where he is raised to adulthood. Haunted by his childhood memories of his mother and brother he finally decides to track them down. The movie is a great ad for Google Earth which is the tool he uses to search for the village he was born in. He is finally reunited with his mother and the film ends happily. This is no spoiler as the film is richer than the outcome of the search and there is much about the finding that I have not shared. The film is in two parts. The first hour follows the young boy as he is lost, escapes several potentially awful fates and ends up in Australia. We then jump ahead 20 years to him as a young adult and follow his efforts to seek out his roots. Dev Patel plays the older Saroo and has won a BAFTA for his performance but I actually liked Sunny Pawar who played Saroo as a child. I am unable to find out his age but did learn that he is very young, beat out 2000 other children to win the part and was unable to attend the US premiere of the film because he was denied a visa. Really??? The US is pretty messed up even before Trump. I am guessing the movie will not win Best Picture but it might very well win Best screenplay. It is adapted from an autobiographical story and is based on a true story. The latter fact is interesting because the story is an amazing adventure and helps prove the adage that truth is stranger than fiction or at least as strange.