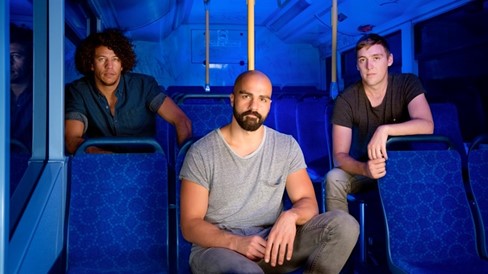 This was a short documentary paired with Death in the Terminal. The themes had some overlap but very different situations. In this case we have a director making his first documentary based on his personal experience of a violent confrontation on a bus. Set in Australia, the situation involves a group of people forced to take a bus after their train is cancelled. There is drunk passenger who begins to taunt and insult a group of French female tourists. The comments are racist and the women respond and get confrontational which results in people taking sides on the bus and getting into fights. The Director who was present on the bus filmed the whole incident on his cell phone and later posts the whole thing on YouTube. The idea was to shame the drunken racist passenger but in the end resulted in some unfortunate and unintended consequences for all involved. Mike Nayna decides to make a film about the whole outcome and it raises some very interesting questions about social media and how it is used and the ethics around the same. Nayna himself was clear in the Q and A following the film that he would not have done the same thing again and maybe tried to handle the situation that evening on the bus very differently. Interesting film.