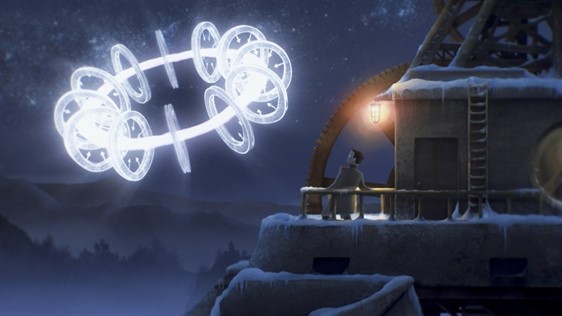 This ranked as one of my favourite films if not my favourite film of the whole week. The topic is kind of geeky – Fusion power. Fusion is the process of generation nuclear power by fusing atoms rather than blowing them apart which is called fission is what we are doing in our current nuclear reactors. The latter is also the process used in hydrogen bombs. The important difference is that fusion power is safe, creates helium rather than nuclear waste and uses water rather than uranium to generate the energy. It is the process that stars use to generate heat and light and would be a clean, virtually boundless source of energy for billions of years to come. The problem is that it is really really hard to do. The process is to drive two hydrogen atoms together to fuse them and in doing so release energy. The problem is that atoms do not want to fuse and to make it happen you need to get them moving at tremendous speed so that the forces that keep them apart are overcome. This means heating them to 150.000.000 Kelvin which is very very hot; basically, the temperature at the centre of the Sun. Currently there is project to build a fusion reactor in France with funding from several different countries. The problem is that enthusiasm for the project is not great. The cost of building the ITER or International Thermonuclear Experimental Reactor is a few billion dollars but the payoff of success is immeasurable. No more need for fossil fuels, solar energy or wind turbines. An unlimited source of energy would be at our disposal. The film visits the site of the reactor construction in France but also visits other physicists who are working on alternative approaches including a promising project in Canada. Interviews with everyone from the physicists to the construction workers on the site make the story come alive. Creative use of animation also helps us to understand the project and its promise as well as the physics behind the process. Two very depressing points are made. Funding is fragile and difficult to keep coming. Governments are not keen on an experiment that costs billions and will not be able to be conducted for 2 or 3 decades. Interest in fusion in the academic physics community is dwindling and few students are interested in taking on this area of research. The future of the projects is threatened by this kind of attitude. At the Q and A after the film we had the directors and the two leading physicists from the ITER project and our own independent Canadian initiative. They both made the point that governments are fine spending billions on things like the Olympics or the World Cup of Soccer but are not willing to invest in the future of mankind because it looks like it will take to long to realize. As we face climate disaster it is bizarre that we can’t find the money to fund a realistic and dramatic solution to our energy needs. Somehow the directors made this film and its topic entertaining and fascinating. Enjoy.