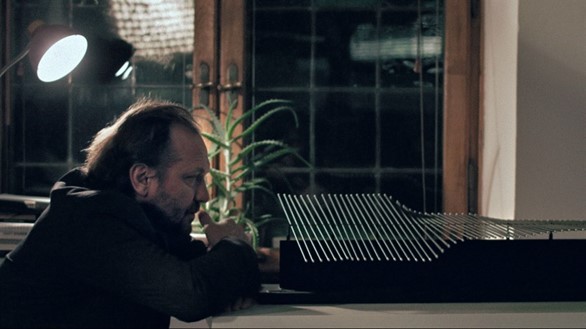 I was hooked by the description of this film:

Prepare yourself for a sensory overload of epic proportions.

Nothing less than the history of the universe, the formation of the stars and planets,

the origins of matter, and the daunting post-human future that lies ahead

are explored in this mind-bending experience.

All lies. This was far and away the worst film of the week and sadly my last film on the last day which left a bad taste in my eyes. The opening of the film takes us through an animated look at the origins of the universe and right through to the appearance of life. After that however the film just collapses in boring animation, themes and incredibly bad interviews with an academic who appears to also be totally bored by the questions he is asked and becomes almost hostile to his interviewer. There is a voice over narrator who speaks in monotone and is incredibly irritating. Have I done enough to put you off this one? As I left the film I muttered irritably that if I ever meet the narrator I would have to kill him. A couple of other patrons leaving with me turned and smiled agreement. Avoid this movie.