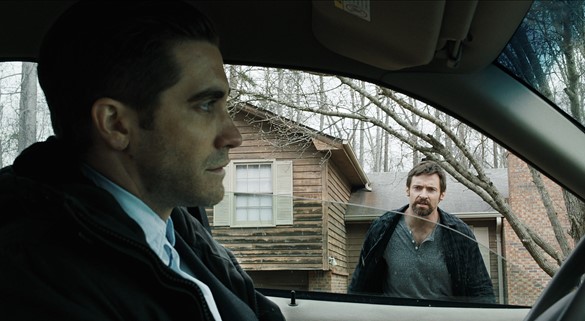 Second and final film of the day was Prisoners from Canadian director Denis Villeneuve who is perhaps best known for Incendies which was nominated for an Oscar as Best Foreign Language Film and Polytechnique, a dramatization of the 1989 massacre of female engineering students in Montreal. This time he is working in English with a couple of major acting names: Jake Gyllenhaal, Hugh Jackman and Paul Dano and making a very Hollywood thriller about a psychopath and two missing girls. Jackman plays the father of one of the girls and is a bit of a survivalist who decides to take a vigilante approach to the hunt for the perpetrator. Gyllenhaal plays the cop who takes the more measured approach, at least at first. Dano plays a really creepy guy who is a suspect but not the real villain. Dano also plays a totally creepy guy in 12 Years a Slave. He seemed typecast at the festival this year. So what did I think? Its okay, Gyllenhaal is very good as the cop but I was less impressed with the rest of the cast including Jackman who, as the vigilante, refused to use his Wolverine powers!! The movie is also way too long at 150 minutes and the tension is hard to maintain. I was also a little bit irritated that the director did not show up for the only showing of this film. Clearly this was a bit of a ruse to get some buzz going before the release. It’s okay I guess and if you like the lead actors and can stomach little girls being kidnapped by nasty homicidal maniacs well this is definitely your fare. Myself? Meh.