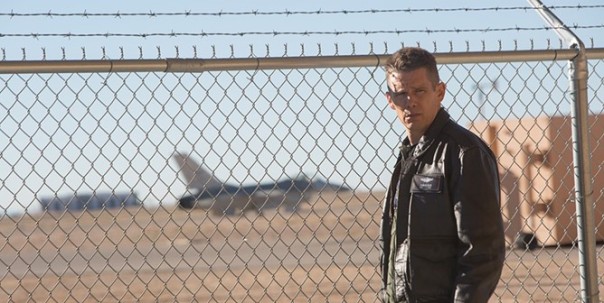 Second film of the day and also excellent. Ethan Hawke is the star and he is superb. The story is about a former US fighter pilot who now guides drones in the fight against the Taliban and other terrorist groups. He sits in a metal bunker in the Nevada desert and guides drones over Yemin, Afghanistan and Pakistan to blow up and kill terrorist targets in what is essentially a first person shooter video game but which is for real. The film could have been as good as The Hurt Locker but it suffers from a Hollywood happy ending. Still even that does not take from the horror of what these drone pilots do in the course of a day’s work. While they do kill bad guys they also kill innocents as “collateral damage” and they suffer post traumatic stress despite being so distant from their victims. The director also introduced this one by saying that it was made with no help from the US military so we, the audience could be confident the film was telling the truth. It is very good despite my whine about the ending which is just fine as far as Hollywood endings go but just disappointed me a bit from what was otherwise a hard hitting film about the nature of war in the 21st Century. Definitely put this on your list of films to see this fall.