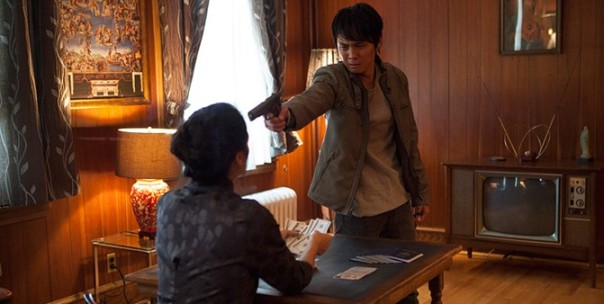 This is a Chinese film in the Hong Kong gangster tradition directed by the man who brought you Infernal Affairs later remade by Martin Scorsese as The Departed. This time around it is Andrew Lau’s film and Scorsese is the producer. Set in Queens New York City rather than Hong Kong this is brutal (and I mean brutal) film about Asian gangs, drug dealers and human trafficking. I found it very hard to take and would recommend it only to those who know what they are getting into. The action is non-stop and violent and the twist ending is really contrived and while surprising made no sense in my mind. I sense I was however not holding a universal opinion. One aspect of going to so many movies in such a short time is that your view of the film can be influenced by what you had for breakfast or an upsetting email or whatever. It follows that if a review is super negative – like this one – it is to be taken with a grain of salt. So…. If you know Lau and like Hong Kong gangster films this may very well be up your alley. I can attest to the fact that there were no empty seats.