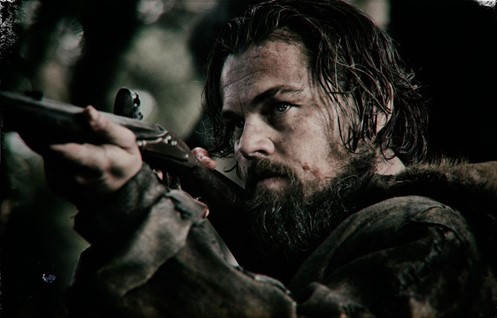 This film has garnered 12 Oscar nominations including all the big ones except for the screenplay. It deserves maybe two of them. Di Caprio does not deserve a Best Actor award for one of his most forgettable performances ever. There is no real acting just a lot of grimacing and staring into the distance. On the other hand, Tom Hardy, who is one of my favourite actors, deserves a nomination for his role as the villain. He really does act and his scenes are among the best in the whole movie. He gets no recognition for some reason for some simply awesome character acting including Legend and The Drop to name but two. This is a great performance and deserves recognition but its not enough to save this disaster. The other nomination it deserves is for cinematography which is stunning but OMG… it just goes on and on. This is a very bad movie with the exceptions noted. It runs over 2 ½ hours and could easily be an hour shorter with no loss at all. I fell asleep briefly in one part and only stuck it out to the end to see how they were going to finish it. The story is of a scout who is leading a group of fur trappers back to what counted as civilization in the early American Northwest. They are attacked by native Americans who kill many of them and the survivors struggle on. Di Caprio’s character – the scout – is attacked by a bear and just survives but he is too badly injured to continue. His companions try to take him along but have to give up assuming he will die and they abandon him leaving one of their number to stay with him until he dies and then bury him. Di Caprio’s son also stays back. Needless to say the caregiver fails in his mission and abandons di Caprio assuming he will die and murders his son in the process. He heads back to join the others. He has miscalculated and of course di Caprio survives and comes back for revenge. The journey is long and grueling and actually totally unbelievable. The flintlock guns they use are deadly accurate (which is totally impossible) even over distances of hundreds of yards. The falls, cold and so forth di Caprio survives despite his grievous injuries are literally impossible to survive and it all becomes almost funny. The character played by di Caprio is totally unlikeable and his connections to the local native Americans are poorly drawn and not made a significant part of the story. For the last hour I must have looked at my watch every 10 minutes praying for the end to come. To be perfectly honest the only times I was captivated were with Tom Hardy’s scenes but even that, at the climax of the film, was poorly written. Also I take back my comment about the cinematography. One more shot of bleak wintery forests and mountains was one too many. Two thumbs down so to speak.