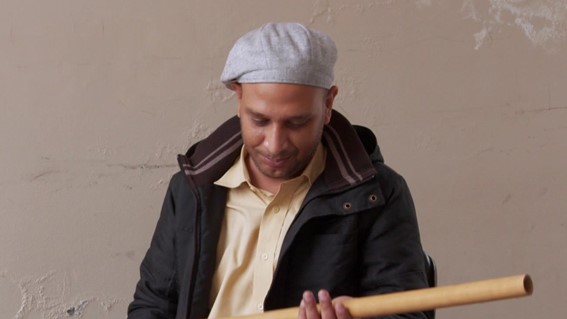 Awesome movie!! I saw the trailer for this at a local revue movie theatre. I had seen the title and confess to being somewhat culturally dismissive. I thought I don’t really want to see a movie about Pakistani music. The trailer however changed my mind the minute I heard Dave Brubeck’s Take Five played on the sitar. Then Wynton Marsalis appeared and I was hooked. The movie when I finally went to see it was amazing. Not only for the music and the story but for the overall quality of the film editing and the insight into the stories of these musicians. Wynton Marsalis is also very good but that almost goes without saying. The story is about a group of Pakistani classical musicians who have been silenced by the Taliban and Pakistani governments who imposed Sharia Law and saw music as an evil to be suppressed. They maintain their skills and music in secret sessions until the suppression is eased but by then the audience for their music has died. They decide to reinvent themselves by incorporating Jazz into their repertoire. They post a video of their work online which is a Pakistani version of Dave Brubeck’s classic Take Five. To their surprise they get international recognition and ultimately an invitation from Wynton Marsalis to play a concert with his jazz orchestra in New York. It is an amazing success. I have posted a picture of the groups flute player here as he along with the percussionist is the best of a great group. There is a great scene where he and Marsalis’s flautist have a dueling flute solo that will blow you away. The neat thing is that the guy in the picture made his own flute from a bamboo pole which is traditional in Pakistan. The climax of the film is the concert in New York and it is filmed beautifully giving you real insight into the group itself and Marsalis’s reaction to their talent. Great stuff. It has had only limited release but deserves much wider viewing.