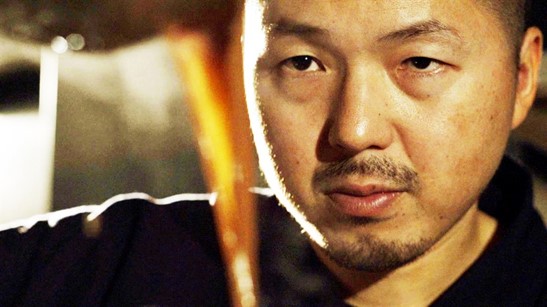 Another Japanese film and Japanese director. Not sure how this happened but I was not disappointed in any of them. This time a documentary about food, really good food. Ramen is a noodle based food that might be called the poutine of Japan. We are introduced to the current leading Ramen chef in Japan, Osamu Tomita. He has one the top prize for ramen restaurants in Japan four years in a row. We are taken into his kitchen and restaurant to learn the secrets of great ramen. We learn that this is a blending of carefully prepared noodles with just the right texture and flavourful stocks made from a variety of different ingredients. Trust me, you don’t always want to see the ramen stock being prepared but trust me, the chefs take this very seriously and the variety of styles and flavours are critical to success. The ramen restaurants in Japan are small and the queues to get in are, in the case of Osamu Tomita’s restaurant, long and the food in great demand. The whole culture around food and ramen in Japan is unique and there is much to learn. The director was there for a Q and A which was fun but his introduction to the film was best. He told us to sit back and enjoy and if at the end we felt hungry his effort in making the film would have been worthwhile. I can tell you that many in the audience were starving and looking on line for the nearest ramen restaurant.