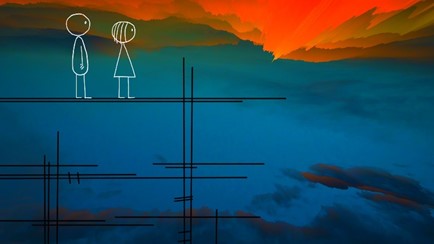 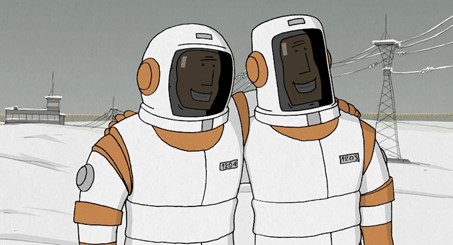 While I could see the merits in all the nominated animated shorts this year only two really caught my eye, World of Tomorrow and We Can’t Live without Cosmos. Both are science fiction and use very different animation techniques. World of Tomorrow is a US film that follows a young girl on a somewhat mind bending look at her far distant future. The script and acting is excellent and to some extent is dependent on that more than the animation itself – a problem I will address shortly. Still I really enjoyed the film and hope it is the winner this year. The second film is We Can’t Live without Cosmos and is from Russia. It follows the story of two friends who train to be cosmonauts. The story is humourous until the end which takes a dramatic turn. Again the animation is maybe a bit dated but the story is great and told entirely with images and no dialogue. Very entertaining and surprising. Certainly deserves the nod if World of Tomorrow doesn’t get it. The other nominated films are in my opinion mediocre or in the case of Prologue completely unnecessary.

Animated films are a real challenge for me. I like them but having to arbitrarily pick one for best picture either feature length or short is next to impossible. Unlike live action films which use… live action…, animated films are very individual works of art that use very different styles of images and reflect the vision of an artist much more so than do live action films. I suppose many will jump all over this as nonsense but I find I can’t get away from it. Also live action films have many more categories in which to be judged and maybe that is my struggle. Animated films don’t get to be nominated much for their artistic qualities (cinematography, effects etc) or for the story or acting (best actor, screenplay) or music (soundtrack or song) They could be so nominated but almost never are. As a result, one is forced to pick one movie and that seems so unfair.