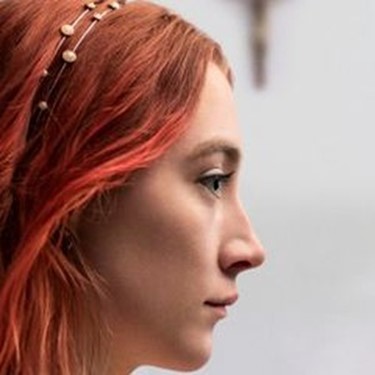 Coming of age is a fairly common theme for directors and film makers and I often avoid films when the review starts out “This moving, funny, insightful, profound (whatever the descriptor) coming of age film…” Fortunately I did not read the reviews of Lady Bird before going to see it. Otherwise I would have missed a well crafted coming of age story. There see… I found another way to describe one of these. At any rate Saoirse Ronan, who plays the young woman and Laurie Metcalf who plays her mother are very much worthy of their nominations for Best Actress and Best Supporting Actress. They battle each other as Lady Bird fights to realize her dream of escaping boring stupid Sacramento and head to where the action is – New England and Ivy League College. Her mother supports the family working as a nurse while her father is unemployed. So you get all the usual stuff, fumbling through first sexual relationships, rebellion against social pressure to follow a certain path, parents who provide love and hope but also strings that need cutting. While the themes are not new the acting more than overcomes the usual prejudices I have against this kind of movie. Worth its five major OSCAR nominations and winning Best Musical or Comedy at the Golden Globes. Golden Globes is right to have a Musical or Comedy Best Film award and I suppose Lady Bird was lucky to be nominated in this category but I would hesitate to call it a Comedy other than that it has a relatively uplifting ending. Still a deserving film and well worth your time to see it.